The Cult of Disrespect 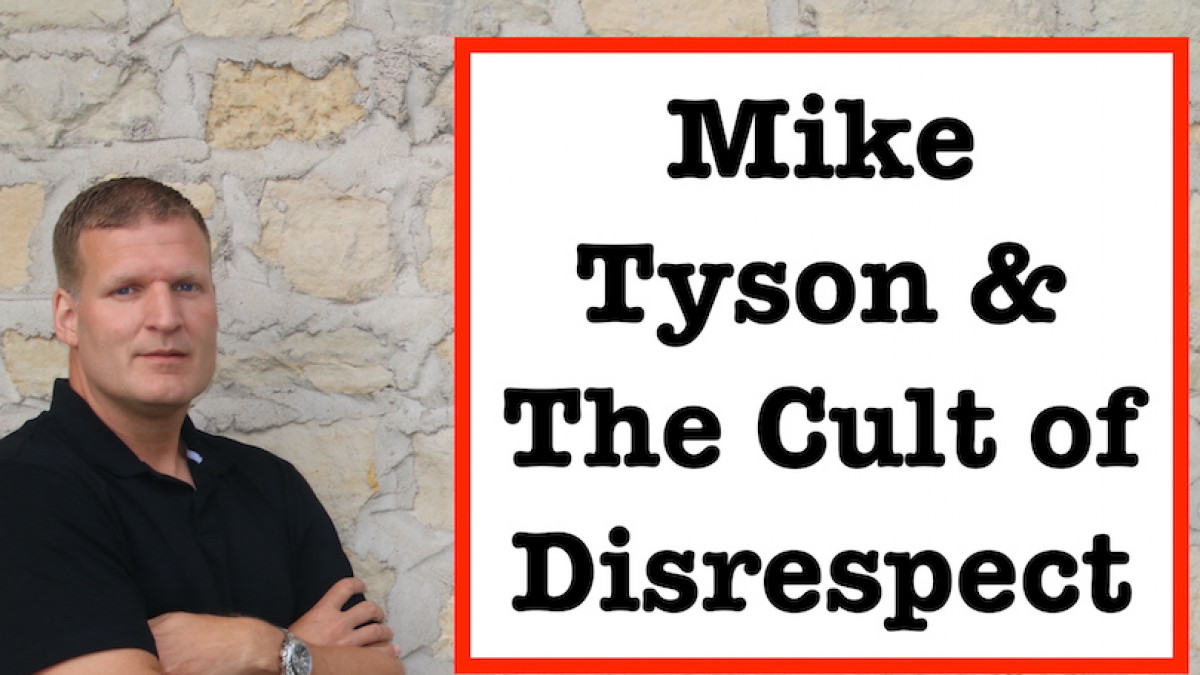 There's been a profound change in how we as a society interact with each other, and this one is for the worse.

If you haven't yet seen the video of Mike Tyson being harassed into a confrontation yet, I did a short video on the event.

It's no wonder that anxiety is on the rise, and that teenagers are reporting more depression than previous generations. Teachers are burned out from dealing with helicopter air lawnmower parents and entitled students. Social media interactions are marked by confrontation, belittling, and bullying.

Where did this begin? I have some ideas.

1. I believe it starts at home, and that this generation of parents (and, before you get upset, I'll include myself in this generation of parents who need to make adjustments!) has caused problems with today's youth. How? By trying to play the role of best friend to their children and teenagers instead of parent. Parents today seem to feel that being hip and cool to their teenagers is the way to go. Compare this to how we (40-somethings) were parented-we were taught to respect authority, and be responsible for our own behaviors. The problem with this "best friend" approach is that, in times of trouble or turmoil, our teens won't follow our guidance. They have plenty other friends they will listen to. Why would they need another one?

2. Politics has played a large role in this culture of disrespect. If there's one thing that has become blatantly obvious in the past decade, it's that lying to the public has become the norm, and making false promises (which has always been a part of politics, but moreso now than ever) is the way to gain an advantage. Don't like how your opponent is gaining an advantage? Call him a liar, tell the public that there are "alternative facts," etc. It's no longer uncool to lie, cheat, steal, or be a part of scandals. It's the norm.

3. Social media has made our communication and entitlement issues as a society worse. It's all too easy to hide behind a computer screen and make outrageous claims or statements, and when this can be done at the speed of light, information moves quickly. Social media has also made it the norm to have ur self-esteem dependent upon social acceptance, and to get that acceptance, you have to do what everyone else is doing, which includes being outrageous, entitled, and self-promoting.

We are living in a culture of disrespect, and this recent incident with Mike Tyson and a drunk fame-chaser is all-too-common proof.